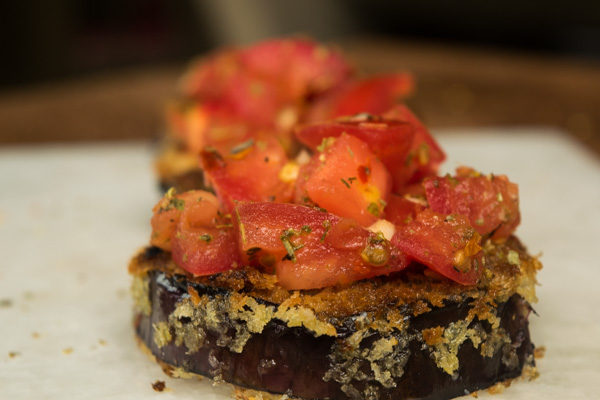 Before I get into the details of this amazing bruschetta recipe, let me share a unknowns about the beloved eggplants. A fun fact about eggplant is that there is actually a female and male version. Did you know that? I actually had no clue till a few months ago while doing some research and came across this enlightening information. The difference between male and female eggplant is that the male eggplants have fewer seeds making it less bitter. The way you tell them apart is by the indentation at the bottom. If it is round then it’s a male and if it looks like a slash then it’s a female. Now whenever buying eggplants, I am closely inspecting their bottoms and picking out the males only. Sometimes it is hard to tell, but inspecting your eggplant bottoms is vital because it makes cooking them easier. 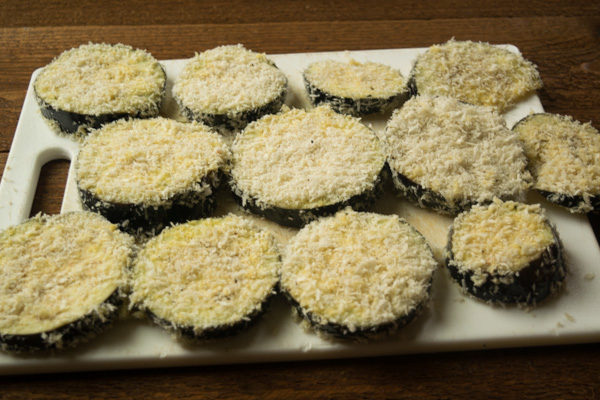 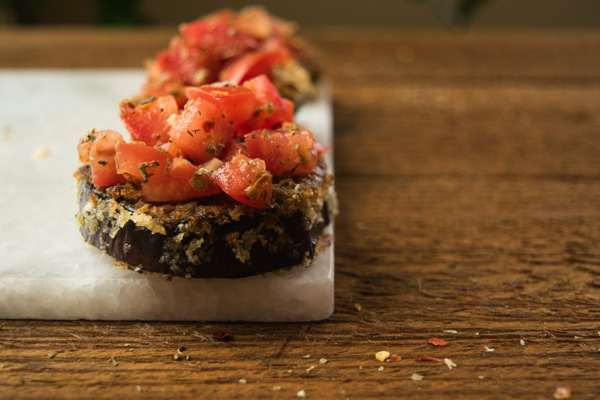 Eggplants are one of the main vegetables that I always seem to buy every week. I was a failure at cooking them up till recently. It would take me forever to cook it and the texture would be soggy. It was baffling to me why my eggplant dishes weren’t coming out right. Learning about the male and female version definitely helped, but there was still something missing. Until, I learned this cool trick to generously salt eggplants before cooking. Salting does a few things it draws out the bitter liquid, it seasons the eggplant, and it helps with tenderizing.

I hope that sharing these tips will help you (maybe you already knew about them). Let’s talk about this amazingly simple recipe crispy eggplant bruschetta. Honestly, I made this simple dish one night because I was craving some bruschetta but had no bread in the house. I just got creative and decided to work with what I had which was eggplants. Eggplants when cooked on their own yield for quite a soft texture, so to crisp those up I simply coated them in some egg and bread crumbs. I pan fried up the eggplants which yielded for a crisp exterior and meaty interior paired with garlicky basil tomatoes…. This dish was super yum. 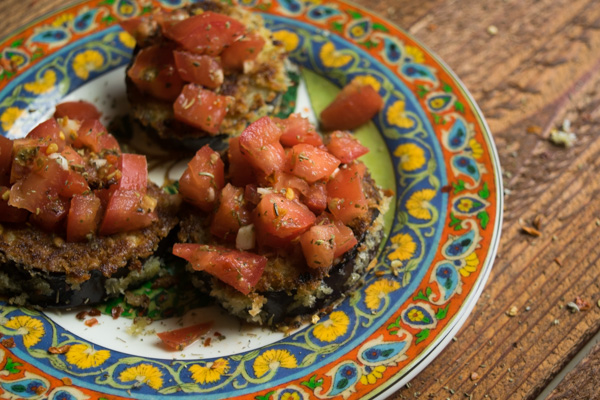 I originally was not planning on doing a blog post on this dish because I thought it is too simple and might be boring. But sometimes the simplest dishes are the best things to eat. This can be your next simple dinner because it takes no time to whip up or serve it as an appetizer at your next get together. Whatever you want to do just go to the store buy yourself some male eggplants, salt them and make this recipe.